Sorry! You missed Rome and Duddy at Voodoo Cafe and Lounge 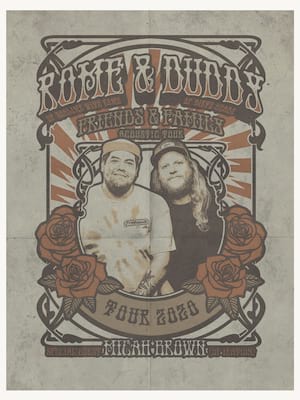 The Friends & Family Tour will be a stripped down and intimate version of the Sublime and Dirty Heads live experience fans know and love.

Why See Rome and Duddy?

Rome and Duddy unite for their 'Friends & Family' tour

Members of the bands Sublime with Rome and Dirty Hands - Rome Ramirez and Duddy join forces for a joint nationwide tour which will feature both individual performances from each artist as well as collaborations. Fans of one or both of these bands won't want to miss this unique set of shows that bring together two of the most exciting bands in the alternative music scene.

Rome and Duddy previously collaborated on single 'Lay Me Down' which hit the number one spot on Billboard's rock songs chart in 2008. Micah Brown from Californian reggae group Iration will open on select dates.

Seen Rome and Duddy? Loved it? Hated it?

Sound good to you? Share this page on social media and let your friends know about Rome and Duddy at Voodoo Cafe and Lounge.