Sorry! You missed Michael Schenker at The Truman 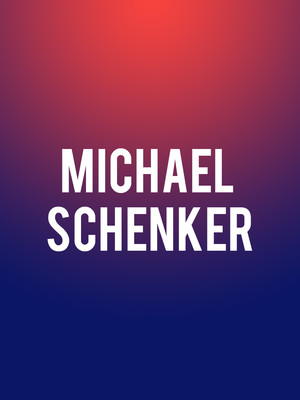 For the past 47 years, he has been quite rightly been regarded as one of the greatest guitar "gods" of his, or any, generation.

Michael Schenker's virtuosic shredding has influenced an entire generation of metal music makers. The Blonde Bomber first rose to attention during his stint as a founding member of heavy metal icons the Scorpions, before taking up a tenure with prog rock experimenters UFO. Don't miss the living legend as he tours stateside off the back of the March 2018 reissue of his second solo effort Resurrection.

A guitarist who seems to embody the word volatile in every movement, Schenker's style of playing is theatrical, tongue-in-cheek, fast and furious. His pyrotechnic displays of lightning fast fretwork lie at the center of the rock god's exciting live show, where a revolving cast of singers join him on vocal duties for each song. A living legend in every sense, you won't want to miss Schenker setting the stage on fire with his flaming licks.

Sound good to you? Share this page on social media and let your friends know about Michael Schenker at The Truman.