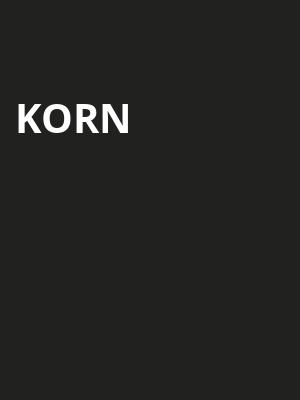 A momentous blend of metal, hip-hop and dubstep

Get ready to raise those fists in the air, Korn are heading out on tour in support of their upcoming album, Requiem! Expect to hear new material off their fourteenth album including lead single 'Forgotten', 'Lost in the Grandeur', 'Let the Dark Do The Rest' and more. Rockers Chevelle and hardcore punk band Code Orange will be joining Korn on the road in support.

One of the bands were the first of their type to break into the mainstream , taking over mainstream radio play with their bold fusing of genres, Korn are well known for underpinning their explosive guitar riffs with a hip-hop edge.

Sound good to you? Share this page on social media and let your friends know about Korn at T-Mobile Center.