Sorry! You missed Heart & Joan Jett and the Blackhearts at Starlight Theater 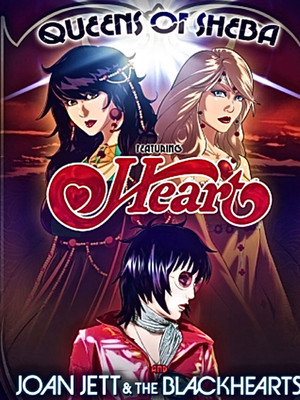 Heart & Joan Jett and the Blackhearts

Heart team up with the 2015 Rock Hall of Fame inductee!

Why See Heart & Joan Jett and the Blackhearts?

Two of the greatest female-led rock icons of the 1980s are heading out together on the Love Alive cross-country summer tour! Jett was inducted with the Blackhearts into the Rock and Roll Hall of Fame in April 2015, which will be celebrated with this joint tour with the perennially busy Heart, who have seen phenomenal numbers turning out for their concerts.

2015 was a busy year for the rock icons, they headed out on The Queens Of Sheba tour mid-2015 when the two bands met at a killer whale charity gig in the Wilson sisters' hometown of Seattle. Mezzo-soprano Jett then headed to support the Foo Fighters during their 20th-anniversary engagements during the summer, as well as opening for The Who Hits 50 tour.

Sound good to you? Share this page on social media and let your friends know about Heart & Joan Jett and the Blackhearts at Starlight Theater.