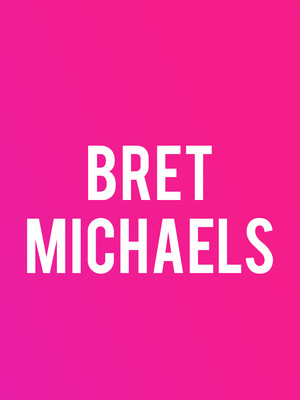 The Glam Rocker Heads Out On Tour!

Poison was at the forefront of the Glam metal scene in the 80s and 90s, their leading man Bret Michaels was launched into superstardom and hasn't come down since. Although Poison are still live and kickin' Michaels has forged a glittering solo career, don't miss him live!

Alongside his glistening music career Michaels has also leant his talents to various TV shows. With his own reality dating show, Rock of Love with Bret Michaels, running for an impressive three seasons Michaels also wrote and directed A Letter From Death Row with actor Charlie Sheen.

Sound good to you? Share this page on social media and let your friends know about Bret Michaels at Silverstein Eye Centers Arena.