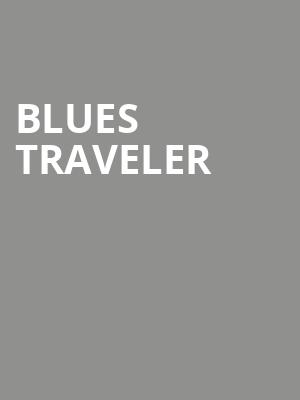 Like such forebears as Santana and the Allman Brothers Band, this New York foursome remains an improvisational powerhouse onstage, while taking a radio friendlier tack in the studio, emphasizing songs that are more than pegs for extended solos.

Princeton's own psychedelic rock pioneers, Blues Traveler, formed in 1987, quickly rising to the forefront of the jam band scene with their blues-infused, ever-evolving and extended jam-heavy anthems. With over 13 albums to their name, don't miss the quintet as they present their biggest hits on this brand new tour!

Fusing the blues with strains southern, folk and psychedelic rock, Blues Traveler broke into the mainstream with the release of their fourth studio album "four", a compilation that included the Grammy Winning, chart-topping single "Run-Around". Of course, they are known for their improvisation-centric shows, in which each member of the band gets to shape each song with their own solos, making sure that no two shows are ever alike.

Sound good to you? Share this page on social media and let your friends know about Blues Traveler at Knuckleheads Saloon.