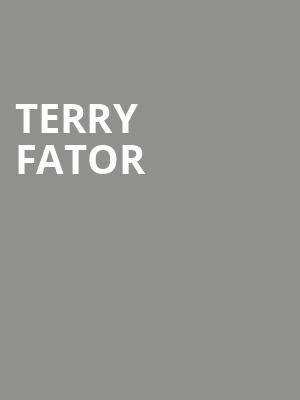 Terry Fator is a marvel...I can't remember an opening crowd that had so much fun.

The leading ventriloquist heads out on tour!

Terry Fator is arguably America's first and foremost ventriloquist and master impressionist. He was the winner of the second season of 'America's got Talent' and can perform up to 100 impressions often using puppets to assist his act. Perfect for a night out, Fator will have you in stitches within seconds of arriving on stage and will have you laughing all the way home. Dubbed the "Voice of Entertainment", Fator tours regularly, on top of his permanent Vegas engagement and contributes heavily towards children's and family charities in addition.

Terry first captured America's hearts (and funny bones) when he was the winner of the second season of 'America's got Talent' in 2007. Despite an icy reception by judge David Hasselhoff, he proceeded to win over the rest of the panel, with exceptional praise from Simon Cowell. Hard to imagine then, that AGT was his last-ditch attempt to make it as a ventriloquist before giving it up; now he fervently reworks his material to be taken seriously as an entertainer; he cites Edgar Bergen in the 1940s and Paul Winchell in the 1960s as his main influences.

Please note that children under the age of 5 are not permitted in the theatre.

My wife and I saw the Terry Fator in Aurora. I would strongly recommend... more

Sound good to you? Share this page on social media and let your friends know about Terry Fator at Ameristar Casino & Hotel.